The world has been looking for sustainable energy sources for decades. Thanks to excessive fossil fuel extraction and consumption, the global energy crisis is not a far-off concept. Besides, an increasingly alarming amount of pollution is also ever-present. However, amidst all the doom and gloom, technologies such as Fuel Cells preserve the glimmer of hope. 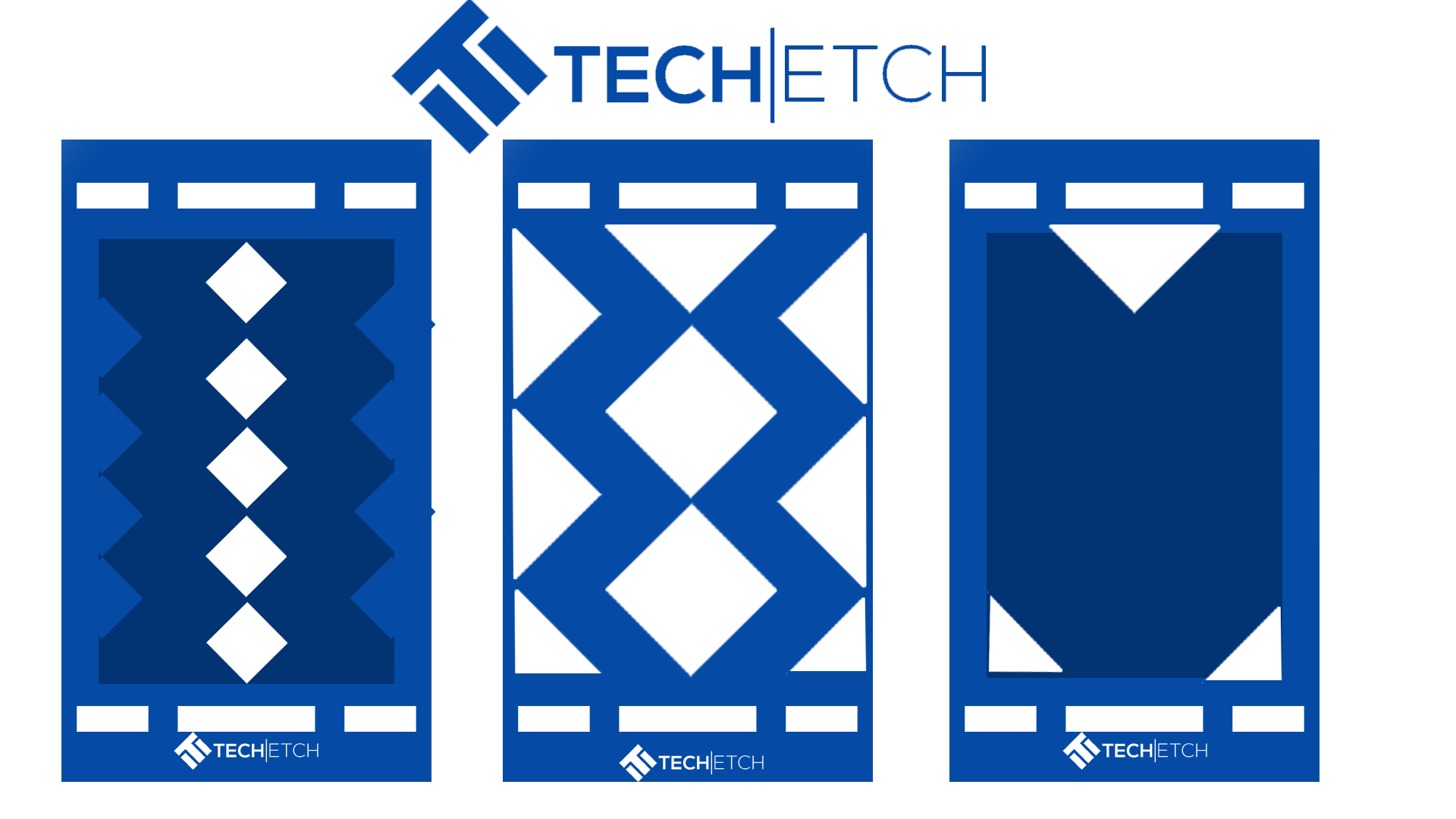 Fuel Cells are among the potential sources of energy that can help tackle the upcoming energy crisis, powering the future world. They use electrochemical reactions to convert the chemical energy of the fuel into electricity. They are similar to batteries in operation; however, the fuel cell can replenish the chemical reactants when running low. Different Types of Fuel Cells include;

The type of electrolyte utilized, its operating Temperature, and potential usability describe and classify a fuel cell. Most of the researches regarding fuel cells usually focus on automotive services. However, scientists are also studying it for space expeditions nowadays. So let’s dive deeper and find out more about different fuel cell types.

An overview is always the quickest way to compare the key aspects and come to a decisive conclusion. So before getting into the details, let’s find out what makes each of the fuel cells unique.

Unlike some fuel cell systems, DMFCs have fewer complications regarding the fuel storehouse since the energy density of methanol is significantly greater than hydrogen. However, it’s lower than diesel and gasoline. Since it’s a fluid, like gasoline, the transportation and supply of methanol to the people is also simple with the present infrastructure. Usually, portable operations like laptops and cellphones can utilize DMFCs for power supplies.

PEMFCs are also known as proton exchange membranes. PEM fuel cells function at moderate temperatures, about 80°C. Low-temperature functions permit them to kick-start quickly (little time to warm up), leading to reduced wear and greater longevity of the system components. However, it’s necessary to isolate hydrogen electrons and protons by employing the noble-metal catalytic (usually platinum), increasing the system expense.

The platinum catalyst is also very susceptible to carbon-monoxides to poisoning, which makes extra reactors essential. Because when a hydrocarbon fuel produces hydrogen, it’s needed to decrease the carbon monoxide in the fuel gas. This reactor employs additional expenses too.

It delivers high power and little volume and weight benefits in comparison to other fuel cells. PEM fuel cells apply porous carbon electrodes with platinum or platinum admixtures and a rigid polymer as electrolytes, requiring only hydrogen, oxygen, and water to function. Usually, pure hydrogen from storehouses and reformers power PEMFCs.

PEM fuel cells get mainly utilized for transportation and certain stationary appliances. They are especially utilizable in automotive operations, such as buses, cars, and heavy-duty trucks.

PAFCs apply fluid phosphoric acid as an electrolyte. A silicon carbide matrix of Teflon-bonded materials includes the acid and porous carbon electrodes of the platinum catalyst.

PAFC is one of the first generation’s fuel cells. It’s also one of the most developed cell types and is used economically as the first fuel cell. Typical use of such fuel cells is for the production of stationary power. However, some PAFCs power up large vehicles, for example, city buses.

PAFCs are more resistant to pollutants in hydrogen-reformed fossil fuels than PEM cells that are readily contaminated by carbon monoxide since carbon monoxide. CO typically attaches to the anode platinum catalyst, which reduces the performance of the fuel cell. The PAFCs for co-generating heat and electricity is more than 85% effective. However, they are less effective in producing electricity on their own (37% – 42%).

PAFC efficiency is slightly higher than the energy plants based on combustion, which usually functions at approximately 33 percent capability. In addition, considering the similar volume and weight, PAFCs are less substantial than conventional fuel cells. This process usually results in extensive and hefty fuel cells. PAFCs are costly as well. They demand far larger loads of expensive platinum catalysts than other variants, significantly increasing the expenditure.

AFCs were among the earliest technologies developed for using electrical energy and water on-board spaceships and were the first kind extensively utilized in the US space industry. Potassium Hydroxide exists as a solvent in such fuel cells, applying a range of non-valuable metals as a catalyst in anode and cathode. Novel AFCs have also been invented in recent times, using a polymer membrane for the electrolyte.

These fuel cells are strongly connected to standard PEM fuel cells but are not acidic. They employ an alkaline layer. AFCs are highly powerful because of the pace at which electrochemical components interact in the cell. Their efficiency in space operations also exceeded 60 percent.

A significant drawback for this fuel cell is its susceptibility to Carbon Dioxide (CO2) contamination. Even the little concentration of CO2, owing to carbonate production, can profoundly impact cell quality and longevity. The recirculation mode permits the regenerative effects of carbonate production in electrolytes to be reduced by alkaline cells with liquid electrolytes. However, the recirculation mode obstructs the shunt current flow.

Further issues, including weatherability, enhanced oxidation, and differential pressure management, are also present in the fluid electrolyte setups. These are the problems addressed by the AMFCs (Alkaline Membrane Fuel Cells) and are less susceptible to CO2 intoxication than by liquid electrolyte AFCs. The efficiency and endurance of AMFCs are nonetheless still hampered by CO2 than PEMFC’s.

SOFCs contain electrolytes with a solid, non-porous ceramic material. At fuel conversion, SOFCs are about 60 percent effective. The cumulative fuel consumption rates can reach up to 85 percent in systems that collect and utilize wasted heat (co-generation) for the process.

SOFCs are the best type of sulfur-resistant fuel cell and may endure higher magnitudes of sulfur than most other fuel cells. Furthermore, it utilizes carbon monoxide as fuel. This characteristic makes it possible for SOFCs to use coal-based natural gas and biogas.

However, operations of high temperatures also have inconveniences. The consequence is a sluggish starting and requiring extensive thermal protection to maintain heat and defend system components. Furthermore, it’s suitable for utilities but not for transportation. The excessive working temps also impose significant demands on materials for endurance. The creation of very durable, low-cost materials at cell operation conditions is a major technological challenge.

Scientists are now exploring the possibility of producing low heat SOFCs at less than 700°C, with fewer durability issues and better cost-efficiency. Nevertheless, SOFCs at relatively low temperatures do not equal the power of high-thermal systems. Stack materials are also under research to work in this low-temperature region.

MCFCs are under development for electrical, economic, and defense usage. They’re also being assessed for energy resources and coal-based power stations. Like SOFCs, MCFCs are fuel cells that can operate at high temperatures, using electrolytes of a molten carbonate salt combination floating from a porous ceramic lithium aluminum oxide matrix with chemically inert materials. Non-precious metals may be employed as reactors in the electrochemical cell at high temperatures of 650° C (around 1.200° F), lowering expenses.

Another aspect of why MCFCs offer significant cost-efficiency compared to PAFCs is enhanced performance. When connected with a turbine, MCFCs may achieve efficiencies of around 65%, far greater than the PAFCs plant’s 37%–42% efficiency. The total fuel efficiency of heat losses collected and utilized is over 85%.

Furthermore, MCFCs don’t need other reformers to convert natural gas and biogas into hydrogen. Methane and other hydrocarbon gases convert to hydrogen due to extreme temps while MCFCs operate through an internal steam reforming system that simultaneously decreases expense.

The main inconvenience of modern MCFC is endurance. The extreme heat at which these cells work gets accelerated by using corrosive electrolytes, reducing cell longevity. Scientists are now exploring the resistance to corrosion in parts and the creation of fuel cell systems that last double the present 40,000 hours (about five years) and have no reduction in performance.

Reversible fuel cells also supply electricity when required. They can also store the extra energy as hydrogen from other processes in times of high power output (for as when strong winds result in a surplus of wind energy). This capacity for power storage might be an essential factor for unpredictable technology in renewables.